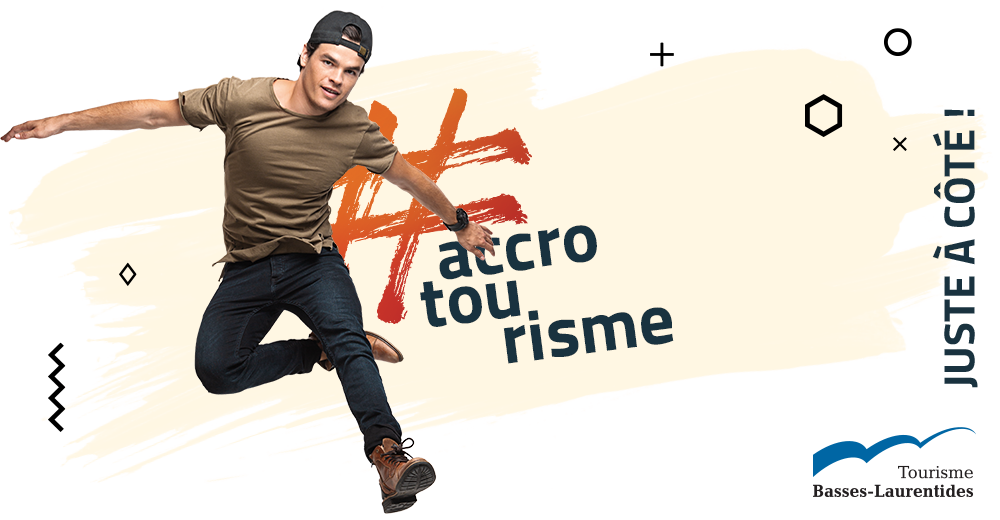 Olympic skier Mikaël Kingsbury approached the Tourisme Basses-Laurentides team with an idea: to become the new face of the region. As a native of the region, his sense of belonging is powerful. To ensure the visibility of this new partnership, Tourisme Basses-Laurentides tasked the Rinaldi-Maestro team with creating a new brand image. We were responsible for creating a new TBL x Mikaël Kingsbury visual identity, deploying a campaign on social media networks, creating video vignettes, and much more.

Tourisme Basses-Laurentides approached Agence Rinaldi with the following problem: Mikaël Kingsbury, a celebrated Quebec athlete, had approached them with the idea of becoming spokesperson for the region. The government gave them a grant to promote this partnership and – above all – the Basses-Laurentides region. Everything had to be created from scratch, so TBL called upon the agency's expertise.

branding solution for the Basses-Laurentides

Agence Rinaldi developed the entire brand image, as well as all the creative elements of the partnership: the slogan, photo shoot, graphic charter, and much more.

Once the visual identity was developed, the biggest challenge was to introduce TBL x Mikaël Kingsbury to the general public, and above all, to attract new visitors to the Basses-Laurentides region. To this end, the agency created a number external communications products: exterior graphics for the tourist information centre, a newsletter, POS, community management on social media networks, social media campaigns, concept development and scripting of web capsules with Mikaël Kingsbury, etc.

We also took care of the Facebook and YouTube pages of Tourisme Basses-Laurentides in order to generate traffic, having chosen to target families and groups of friends. In collaboration with a partner company, we then produced four short video vignettes featuring Mikaël Kingsbury: "Viens aux pommes", "Viens aux fraises", "Viens pagayer" and "Viens déguster". These vignettes aim to promote the various activities in the region in a playful and energetic way. 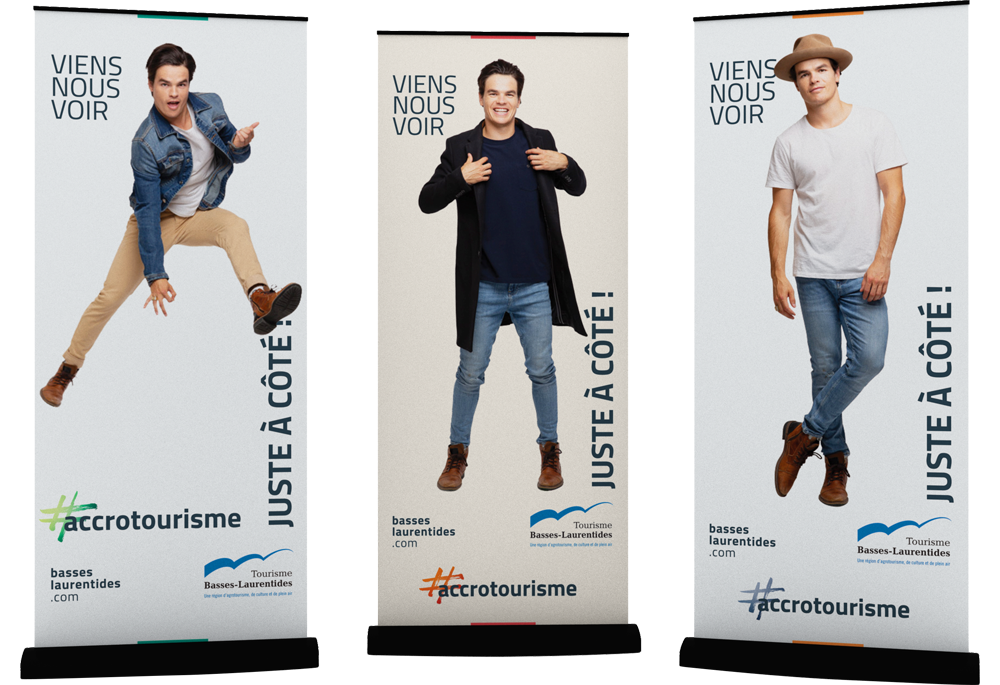 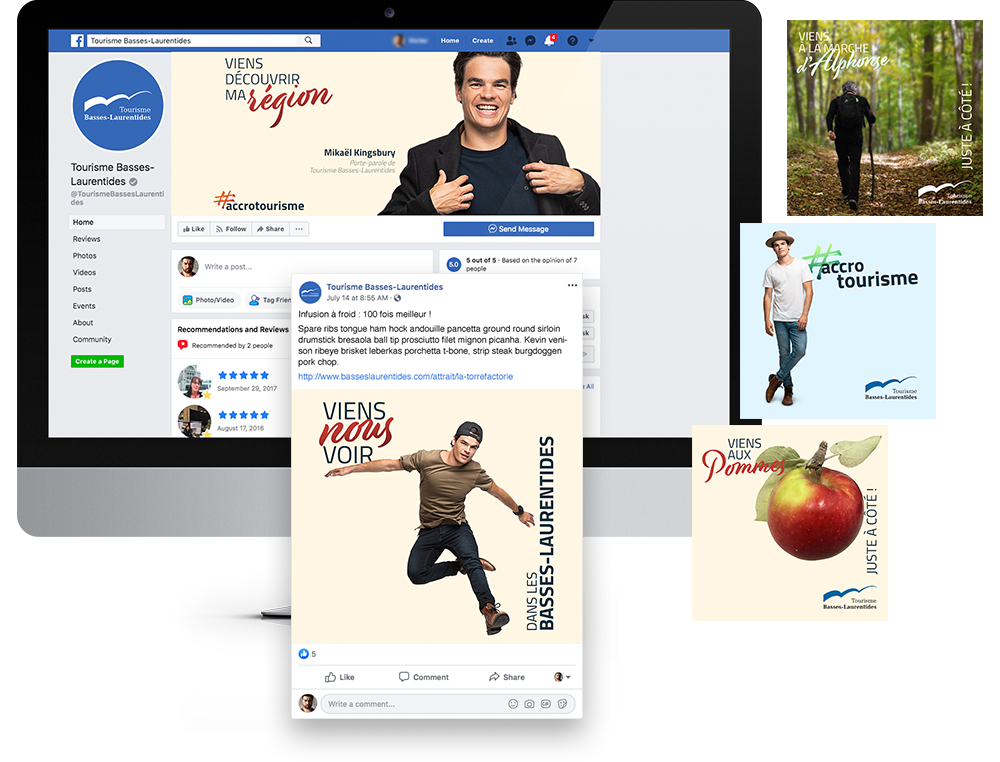 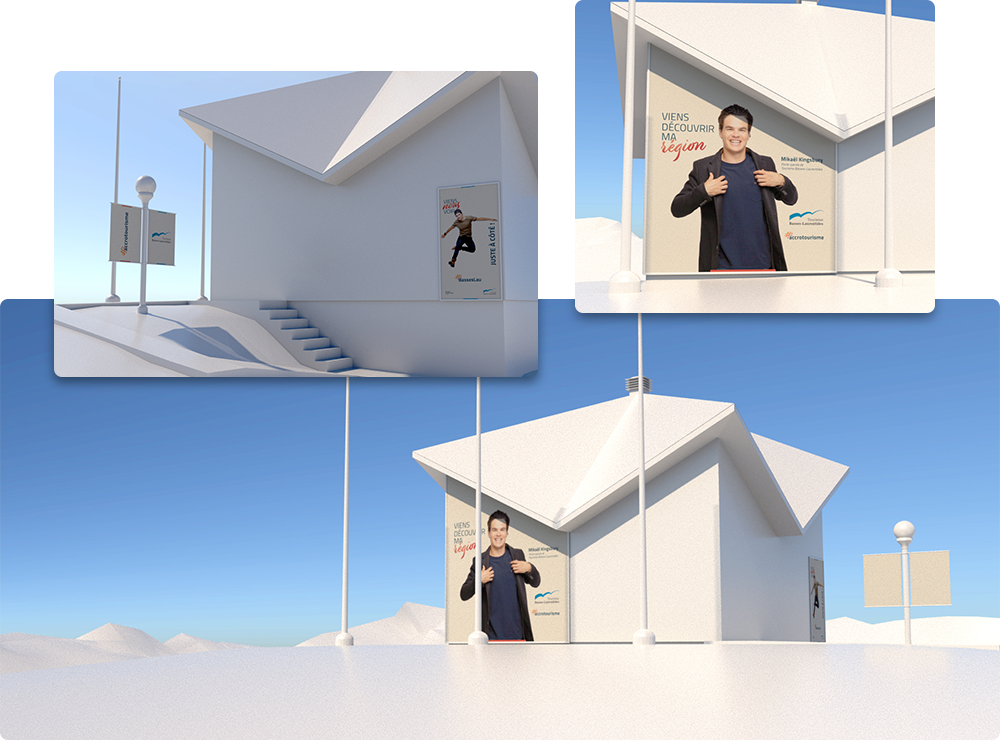